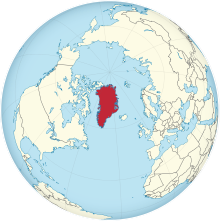 Greenland is an autonomous constituent country of the Kingdom of Denmark. On 21 June 2009 Greenland gained self-rule with provisions for assuming responsibility for self-government of judicial affairs, policing, and natural resources.

Caution: The above description may be inaccurate, incomplete and/or out of date, so must be treated with caution. Before you upload a file to Wikimedia Commons you should ensure it may be used freely. See also: Commons:General disclaimer
Retrieved from "https://commons.wikimedia.org/w/index.php?title=Commons:Copyright_rules_by_territory/Greenland&oldid=355724325"