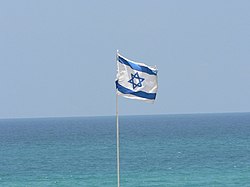 The blue and white flag of Israel in Rishon LeZion. The first picture I've taken with the Panasonic Lumix DMC-FZ5. 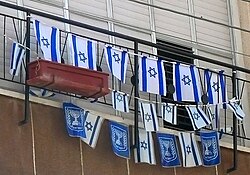 Flags and emblems of Israel decorate houses in Yom Ha'atzmaut. 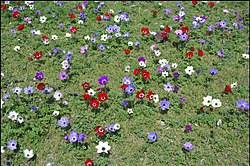 St. Vitus Cathedral in Praha. I wish Israel would have Gothic structures built in Gothic or neo-Gothic style. 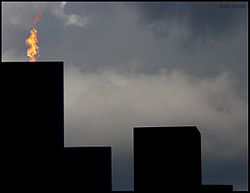 A monument for the Holocaust victims, SIX millions Jews were murdered by the Nazis and their accomplices. 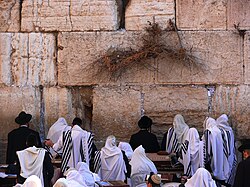 Jewish men pray in the Western Wall in Jerusalem, Israel.

Flags of Israel and the Israel Combat Engineering Corps (featured on their official website). 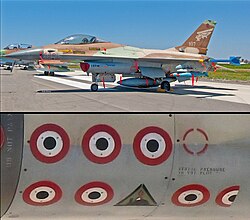 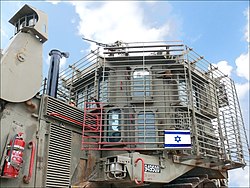 Lupinus pilosus with its blue and white colors, as Israel's national colors ("כחול ולבן"), is endemic to Israel. 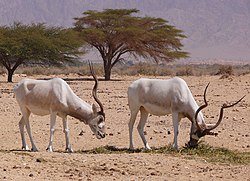 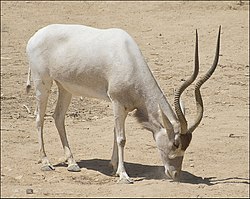 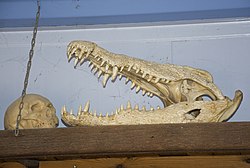 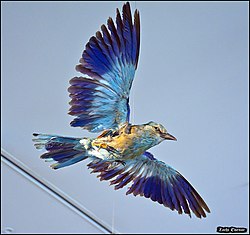 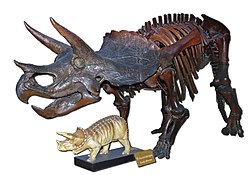 Triceratops is my favorite dinosaur.

Lion in The Zoological Center of Tel Aviv-Ramat Gan. 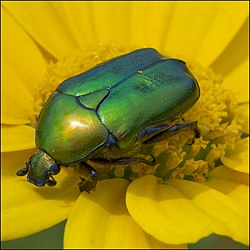 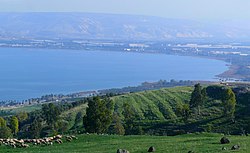 The Kinnereth - Sea of Galilee, Israel. 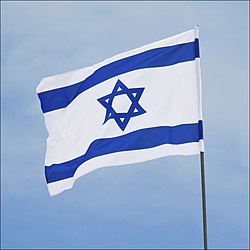 Flag of Israel, The Jewish democratic state of Israel.

I am MathKnight, a system operator on the Hebrew Wikipedia. I am also a common wikipedian on the English Wikipedia. I am an amateur photographer and took a course in photography. My professions are Mathematics (Ph.D.) & Physics (M.Sc).

Dr. Zachi Evenor (an Israeli photographer) has freed some high quality photographs under free license (CC-BY), for the sake of free knowledge, and dedicated them to Naomi Oppenheimer. You can see them here and here). For more pictures by Zachi Evenor visit https://www.flickr.com/photos/zachievenor/

About My Photography, About IsraelEdit

The main reason I joined the WikiCommons is because I had a new and cool digital camera (Panasonic Lumix DMC-FZ5). And as typical man, when I have a new toy I take him on a "test drive", or to the "shooting range" (PNI) to see how it performs. Luckily, Israel is a great place to test cameras as it offers beautiful sceneries to shoot (i.e. take picture of), in addition to "larger than life" "Kodak moments" (visit the Old City of Jerusalem and you will understand). On 2008 I upgraded my camera to the excellent Panasonic Lumix DMC-FZ50 and I hope it will improve the quality of my pictures. On 2014 I again upgraded my camera to Nikon D7100 with higher resolution and better sensor.

Being technologically advanced country with desire for construction and "flourishing the desert", Israel provide excellent photo-ops for people who like heavy machinery and engineering vehicles (in Hebrew: צמ"ה -ציוד מכני הנדסי) such as bulldozers, front loaders, backhoe loaders, cranes, excavators etc. Often you can see also military jeeps and even tracked armoured fighting vehicles, transported by semi-trailers. During each Independence Day the Israeli Defense Forces hold exhibitions where they show weapons, vehicles and gear.

Most favorite is the IDF Caterpillar D9 armored bulldozer, a heavy engineering tool equipped with effective Israeli armor that saved many lives.

I like taking a picture of a military vehicle or a rifle and cut off its background to create a white background photo, giving the object an official catalog look. Here is a white gallery of some of the Israel Defense Forces Ground Army armoured fighting vehicles and sniper rifles:

So, as the need for good picture grew, and the fair-use Wikipedia's rules became stricter, I found I have no choice but to photograph myself some pictures needed to illustrate an article. Good pictures of common field flowers were also in shortage. Luckily, Israel is known for its wide variety of simple yet beautiful flowers and dazzling flora. All one needs is a camera, a car and a free day to roam around the landscape, touring Israel's fields and meadows (you are invited to my gallery to check some flowers photographs I took or check here).

Did I mention the inspiring talented pretty women of Israel?

So, here is my WikiCommons Gallery and here is my Full Gallery. Here you can find Quality and Valued Images I created. You may use them as long as the author, I, is credited and properly attributed (in the format of MathKnight, Hebrew Wikipedia & WikiCommons and in cases where the author Zachi Evenor also appears you must credit him too). I also ask to avoid abuse of the pictures and avoid using them an in offensive manner. You are welcome visit my galleries, to comment the pictures and tip me on my talk page.

User pages at other Wiki projectsEdit

For more details about me, check out:

A gallery of impressive animals, beasts and wild critters. For many of them I wrote the corresponding article in the Hebrew Wikipedia, and some are even featured articles. Many of the photos in this gallery were nominated as featured images (mainly in HeWiki) and many of them were selected as feature images.

I know Deinosuchus is a crocodilian and not strictly a dinosaur, but it is certainly worthy of an honorable addition, since it was as large and menacing as a Tyrannosaurus rex.

Weapons and military equipment of the Israel Defense Forces

The YAMAM (Hebrew: ימ"מ, English: Israel's Counter Terrorism Unit, avb. ICTU) is Israel's elite counter-terrorism, hostages rescue and takeover unit. It is part of the Israeli Police and serves also as a police SWAT unit. The YAMAM operators are trained in general fighting, selective fire, marksmanship, CT (לוט"ר) and QCB techniques, and in addition get specialized training according to their profession: entry team, rappelling team, snipers, EOD operators and K9 operators. The YAMAM has a worldwide reputation and is considered as one of the best CT units in the world by experts.

A mighty sword and a useful image for graphic designers:

Lightsaber – The coolest weapon ever. Search your feelings. You know it to be true.