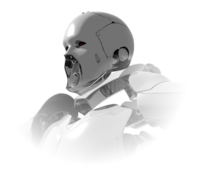 ● Please contact me at my user page in the English Wikipedia.
● My contributions

There are a lot of people who dislike this fact, especially the Chinese chauvinists and ultra-nationalists. Mendduets (talk) 17:27, 1 January 2019 (UTC)

@Mendduets: Hi, I'm currently rewriting the article on en:Austronesian peoples and will discuss all competing hypothesis. But en:WP:DUE still takes precedence, regardless of nationalist propaganda of various countries. I'm currently only making maps I would need for the article.

P.S. I'm curious why you say this is disliked by Chinese nationalists. Sagart's Sino-Austronesian theory is actually favored by the Chinese, despite being far from being widely accepted. As his hypothesis basically say that Austronesians are descendants of the Longshan horizon millet-farming (pre-Han) culture and not the Hemudu rice-farming cultures of the Yangtze. Wei et al. for example uses the 9-dash maps in their paper. That is way too much politics being inserted in science. --Obsidi♠nSoul 02:47, 2 January 2019 (UTC)

@Obsidian Soul:The founding clan of the Shang dynasty, the first literate dynasty in Chinese history, is said to come from Shandong. One of the most important philosophers in Chinese history, Confucius, was from an ancient state located in southern Shandong. If Shandong was proven to be an Austronesian-inhabited area, then the Chinese history as an ethnically homogeneous entity whose culture was developed in isolation would be questioned. Although Laurent Sagart's Sino-Austronesian theory argues for a genetic relationship between Austronesian and Chinese, but it may turn out to be just a result of language contact which Alexander Vovin, Weera Ostapirat think so and Laurent Sagart also raised such possibility in this study [2].

@Mendduets:In my opinion, that only makes it clearer that they are not Austronesians. Austronesians never developed an indigenous writing system, until Indianization brought over Abugida alphabets.

The consensus is that the Shandong area (the area above the Longshan horizon around the Wu River) is pre-Sinitic. The areas below (the Hemudu area, around the Yangtze River) are very likely pre-Austronesian, or at least Austric/Austro-Tai. The differences between the cultures is stark. Even in ancient Chinese sources. Longshan cultures had buried pit houses and cultivated foxtail millet. The Hemudu cultures, in contrast, built stilt houses and had rice agriculture, boats, chickens, and aquaculture technology. There is evidence of technological exchange between the two, as the Longshan cultures eventually acquired rice technology, and Hemudu cultures, millet technology. They were neighbors for more or less the entire Neolithic after all. But it is highly unlikely that they are the same people.

The Chinese sources call them "Yue", barbarians, and describe them as having short-hair, had body tattoos, and were half-naked. All hallmarks of Austronesian culture, not Chinese. Moreover, the Chinese sources clearly differentiated themselves from them. Writing about them as savages at times, and at times admiring their artforms and martial prowess.

Austronesian cultures in Taiwan can acquire foxtail millet cultivation technology in the same way the Chinese acquired rice farming: through cultural exchange after the Austronesian expansion. But that doesn't mean the ancestors of Austronesians were Chinese or that Austronesian languages are a branch of Sino-Tibetan. Sagart and his supporters are the minority in their assumption that Austronesians are Chinese. Their basis after all is questionable linguistic evidence (which Blust has countered already) based around the foxtail millet found in Taiwan. Those are pretty poor evidence overall.

Regardless, Wikipedia isn't about gauging the merits of each hypothesis, we aren't a science journal. We merely write about how their level of acceptance based on sources, and write about the most supported consensus. While I will discuss Sagart, I will not focus on him or give his hypothesis undue weight. Again, per policy. There are multiple other competing theories to theirs. Including one from Oppenheimer (which sort of meshes with Blench's hypothesis) that part of Indigenous Taiwanese ancestry are from the millet-farming culture, but that they didn't contribute much to the Austronesian expansion. Instead attributing the true Austronesian expansion to descendants of the rice-farmers and back-migration from the Philippines - i.e. the pre-Amis people. All these will ideally be discussed, no worries. Though not at length, as again, they are still minority viewpoints in contrast to the mainstream Bellwood/Blust hypotheses and others derived from it. The pre-Austronesian hypotheses are controversial enough as it is, without favoring a minority view over the mainstream ones..--Obsidi♠nSoul 08:59, 2 January 2019 (UTC)

@Obsidian Soul:Thanks for your neutral opinion. There is a study written by a prominent Western linguist in which he points out linguistically that the area of Shandong was used to be inhabited by Austronesian-speaking people. He uses what's left in Chinese historical texts written about that area. But he has never published his study, and I'm not sure whether or not he would publish his study as his view is opposite to Sagart's view which has gained a lot of support. I can't reveal his name because I'm afraid that a lot of people would suddenly send emails to ask him about his work which would bother him. Nevertheless, keeping a neutral point of view like yours is really needed.Mendduets (talk) 12:44, 2 January 2019 (UTC)

This is to match the article title in enwiki. This isn't a category of types of objects or a group of objects like Category:Sprouts is. This is a singular subject, there are no subtypes of coconut sprouts. This is the only rule where categories should be plural:
--Obsidi♠nSoul 15:09, 25 April 2019 (UTC)

This category is not for a singular object (so not a category for a unique subject such as a specific building or painting) but one which contains more than just images of one specific, individual coconut sprout. Wikimedia Commons also does not have to follow en.wiki titles. That there are also no subtypes does not make a difference as the plural form is necessitated by this category containing images of more than just the one specific coconut sprout. - Takeaway (talk) 09:37, 27 April 2019 (UTC)

@Takeaway:"more than just the one specific coconut sprout. -> There are no other kinds of coconut sprout. It is a singular topic. I point you to numerous precedents that make your rationale clearly wrong:

None of these are plural are they? Moreover, as I've pointed out, there is nothing in Commons:Categories#Category names that says categories should be plural aside from singular specific objects. You are assuming a rule based on the absence of a rule.

This is starting to get Commons:POINTY honestly, as your original gripe in enwiki had nothing to do with this even. Add to that your reversion and your lack of response in enwiki. I'm genuinely puzzled why you're so hostile over this.--Obsidi♠nSoul 10:02, 27 April 2019 (UTC)

Instead of reverting back and forth, how about putting this to the COM:Village pump? I'm concerned with the ambiguity of the title. Don't search for anything behind my actions other than my concern. My lack of response was due to me being busy elsewhere. There is a life outside of wikipedia. Only one reference in the article that you had created mentions the coconut hausterium being a sprout and that ref is a blog, not a scientific paper or something similarly reliable. - Takeaway (talk) 10:04, 27 April 2019 (UTC)

Re:Village pump, sure. Don't care either way. Make sure to update the commons link in the corresponding enwiki, if you turn out to be correct about the commons rules. I hope you eventually realize how incredibly trivial this is, as well as realize we're both doing this for the same reason: the readers/browsers.

I've shown you my reasoning and my sources. You haven't shown me anything but your refusal to acknowledge that you were wrong in your original label. As a native Southeast Asian, it seems very likely to me that you originally confused coconut hearts with bamboo sprouts. Because they are used in the same way in various dishes, you probably assumed the coconut version were from sprouts too (fyi: coconuts are single-stemmed palms, they do not produce offshoots like bamboos do).

As for references. Google exists. File talk:Kaeng yot maphrao sai kai.JPG <- Book sources. As I've mentioned there, you haven't given me a single source that calls coconut palm hearts "sprouts". Blogs or otherwise. I can't find any either.

A community discussion has been closed where the consensus was to grant all file movers the suppressredirect user right. This will allow file movers to not leave behind a redirect when moving files and instead automatically have the original file name deleted. Policy never requires you to suppress the redirect, suppression of redirects is entirely optional.

Possible acceptable uses of this ability:

Please note, this ability should be used only in certain circumstances and only if you are absolutely sure that it is not going to break the display of the file on any project. Redirects should never be suppressed if the file is in use on any project. When in doubt, leave a redirect. If you forget to suppress the redirect in case of file name vandalism or you are not fully certain if the original file name is actually vandalism, leave a redirect and tag the redirect for speedy deletion per G2.

The malicious or reckless breaking of file links via the suppressredirect user right is considered an abuse of the file mover right and is grounds for immediate revocation of that right. This message serves as both a notice that you have this right and as an official warning. Questions regarding this right should be directed to administrators. --Majora (talk) 21:36, 7 November 2019 (UTC)

@Alex Cohn: Please do not use the wrong template. This isn't a copyvio. Pixabay only changed their licenses to be incompatible with Commons this year, which I was unaware of. Especially since the website itself labels the photo as "Free for commercial use. No attribution required." It's related to the other deletion discussion above, from the pexels site, which also has a similarly nebulous license which is seemingly compatible with Commons. Just delete it.--Obsidi♠nSoul 00:21, 18 December 2019 (UTC)

Here's one discussion of the Pixabay change I found, if you're curious: Commons:Village pump/Copyright/Archive/2019/01#Pixabay license renewal. I agree that the Pixabay situation isn't great; given their license's text, their claim to allow commercial use is misleading at best. However, since the {{Pixabay}} template falsely claims this image is CC-zero, I would argue it is in fact a copyright violation - we are giving away rights to the image that we don't have. Apologies for the templated warning - I should learn not to template the regulars - and thanks for reaching out. --Alex Cohn (talk) 04:37, 18 December 2019 (UTC)

@Alex Cohn: No worries. Although again, I must clarify this was uploaded with no knowledge that the Pixabay license wasn't compatible. It doesn't exactly give a warning in the Upload Wizard yet, hence so many pictures from those sites are still being uploaded. I have no objections to its deletion, however. --Obsidi♠nSoul 10:07, 18 December 2019 (UTC)

Yep, Commons should really flag this issue better; I'm completely in agreement with you there. I can easily see how well-intended users can be bitten by this, and I'm sorry it happened to you. Alex Cohn (talk) 04:41, 19 December 2019 (UTC)